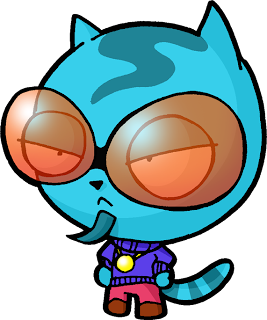 This cat is too cool for school, Daddio.
Posted by Phil Corbett at 15:48 No comments: 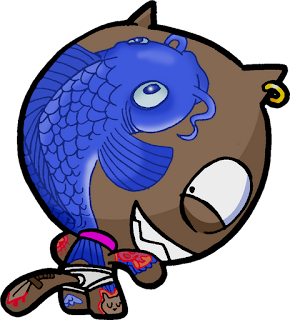 Here is a another angry young kitten - This one with tatts. Need I say anymore? Cattoo. Now that's an idea for a series....
Posted by Phil Corbett at 08:59 No comments: I thought I'd have a go at drawing a character I designed many moons ago to see how I'd approach it now. This is Muffy Dupont from celebrated PS1/N64 game Rat Attack. I'll try again in another twelve years to see how I'd change her again. 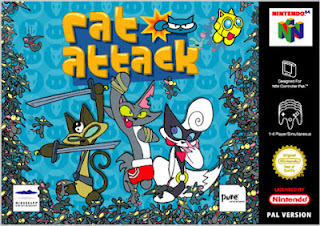 Posted by Phil Corbett at 14:04 No comments: 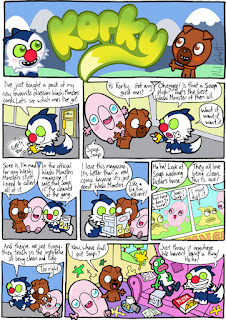 I came across this hidden gem on my hard drive. I think this is the funniest Korky I ever did but it was rejected on the grounds that Moshi Monsters, which the strip hilariously parodies are the Dandy's biggest rival. I think that the Moshi Monsters marketing behemoth is every magazine's rival. Not sure on the logic there and I noticed there was a Moshi Monsters joke in a later issue so maybe it was a polite 'Do better, Corbett!' which is fair enough.
Posted by Phil Corbett at 18:39 2 comments:

I haven't updated the old blog for ages. Here's a chihuahua for you. 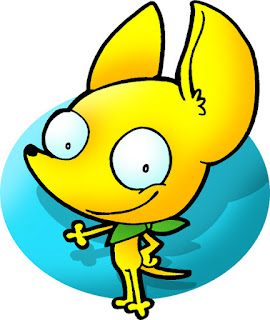