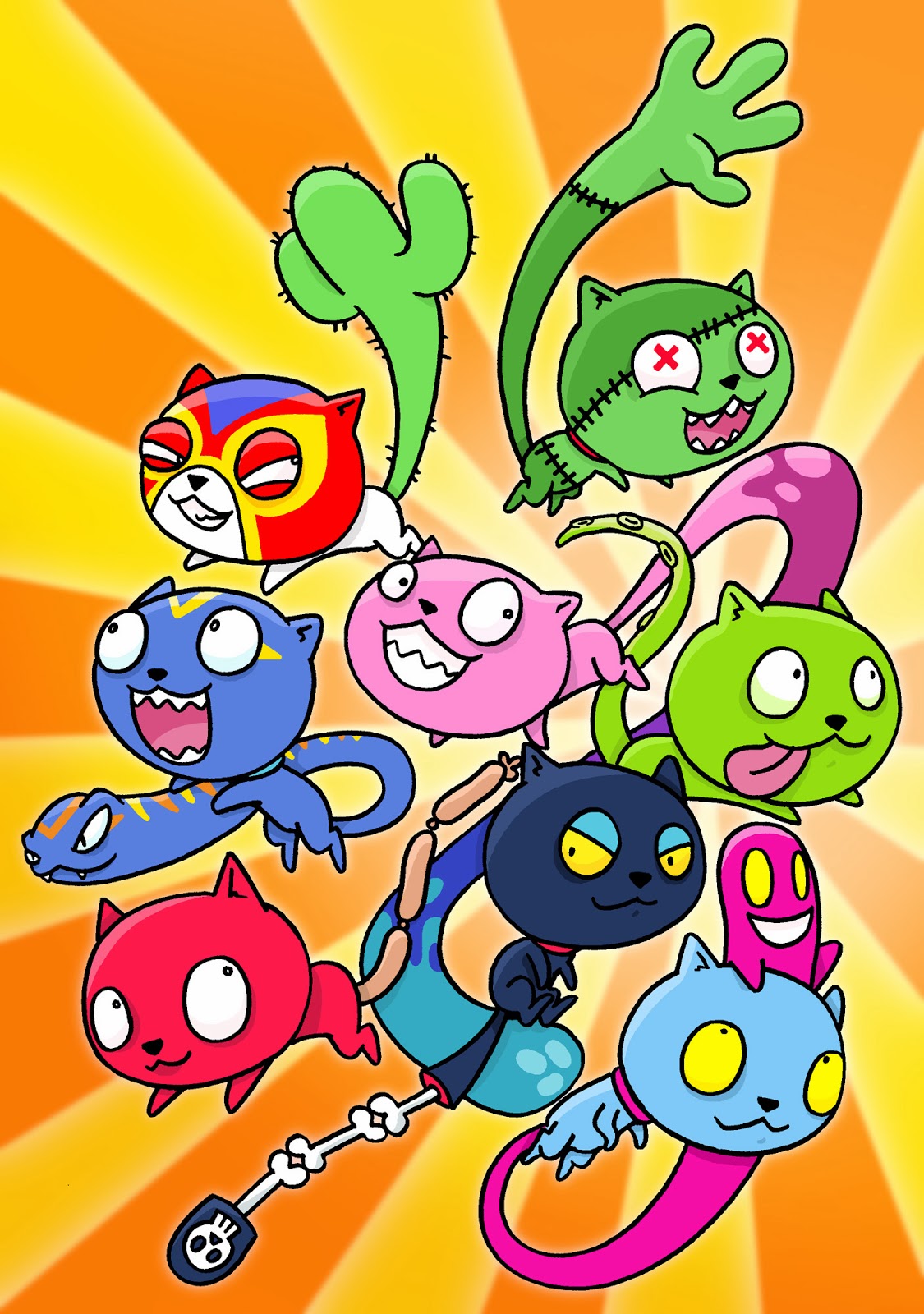 I'm back working on these chaps again - exciting developments ahead!

Posted by Phil Corbett at 12:06 No comments:

Here are some designs for a tower defence game I was working on. Sadly it was aborted, which was a shame as it played pretty well. 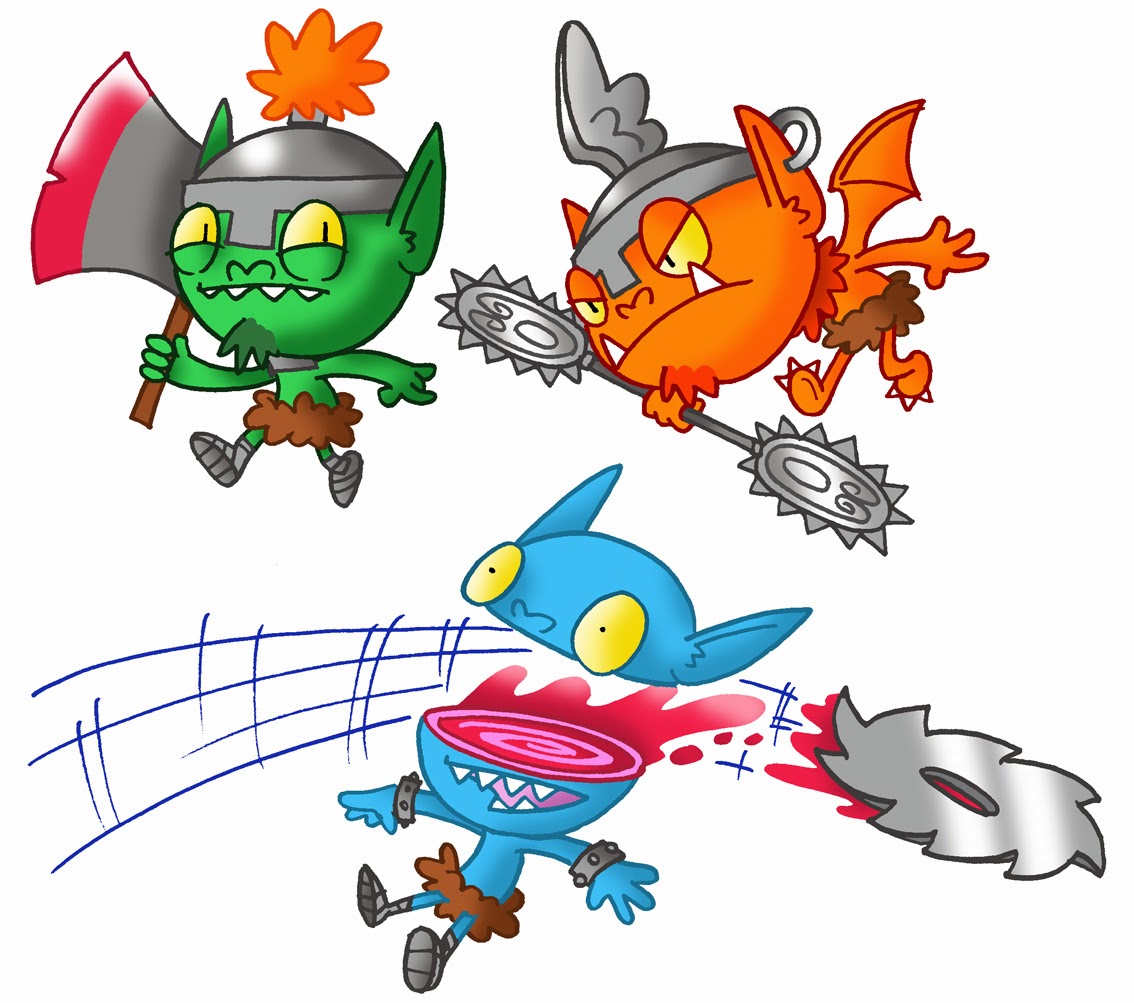 Here are some goblins, the typical troop character of the game. I was going for a cute but deadly vibe. 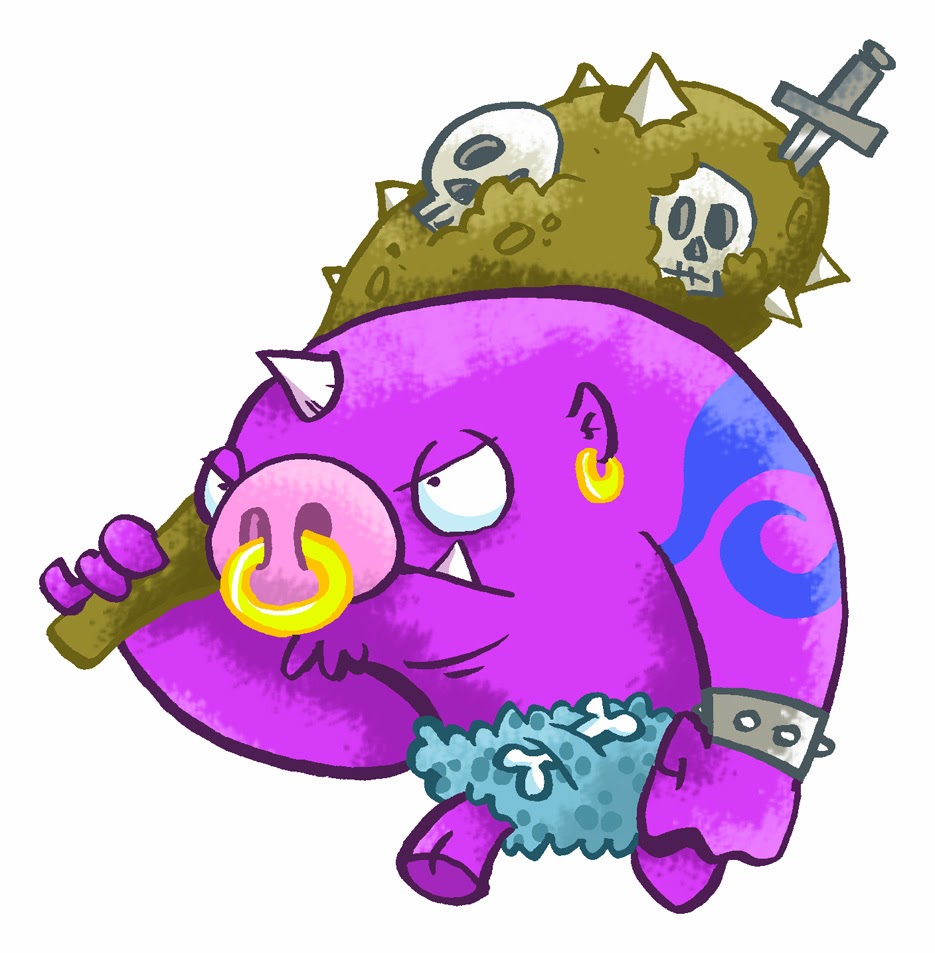 This ogre would be the more defended muscle character. I was messing around with textures but the sprites would have been minuscule in game so you'd have never seen such detail.

I really like this mangy feline warrior. I don't think anyone else on the team did though. 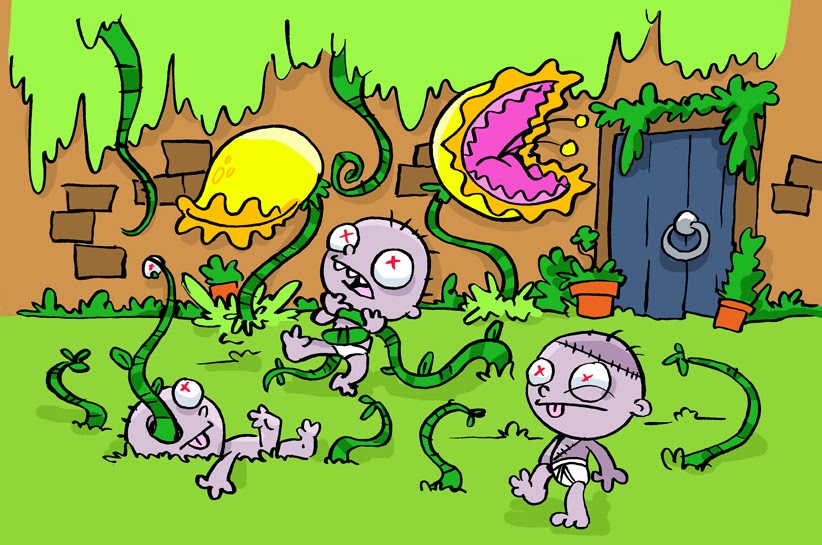 The most fun was designing traps for the troops to blunder into. The garden level was a particular favourite.
Posted by Phil Corbett at 12:37 No comments: 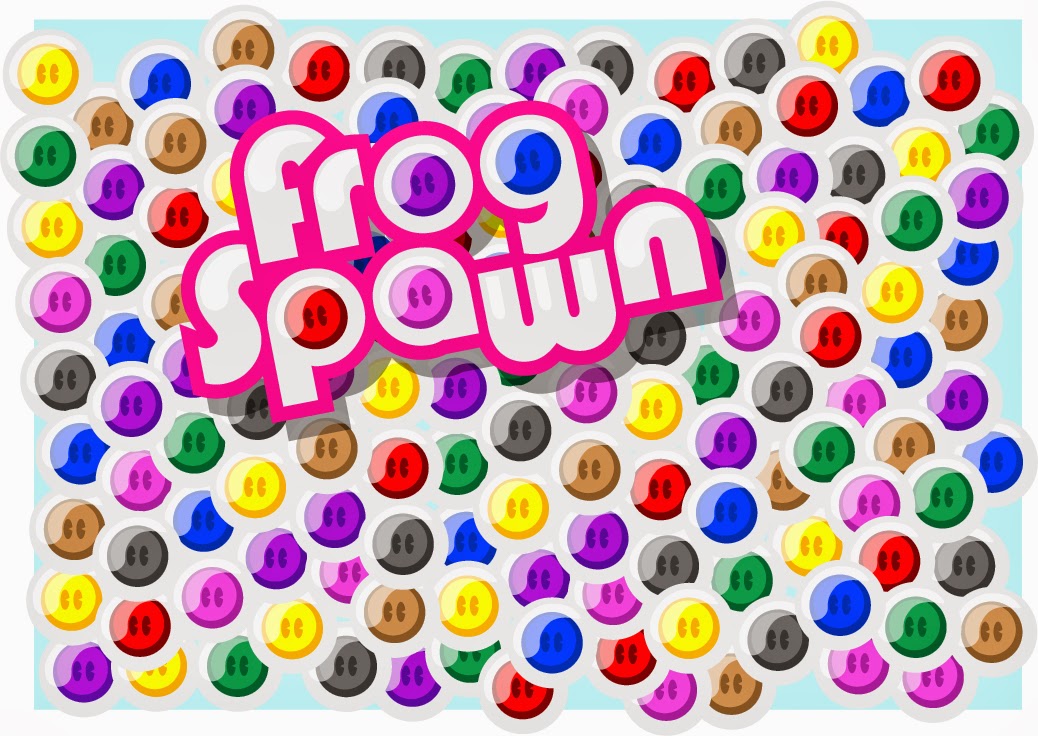 I found these graphics from a puzzle title I was working on for a company that is no more. It never saw the light of day but I really like what I came up with - makes a change from sliding sweets. 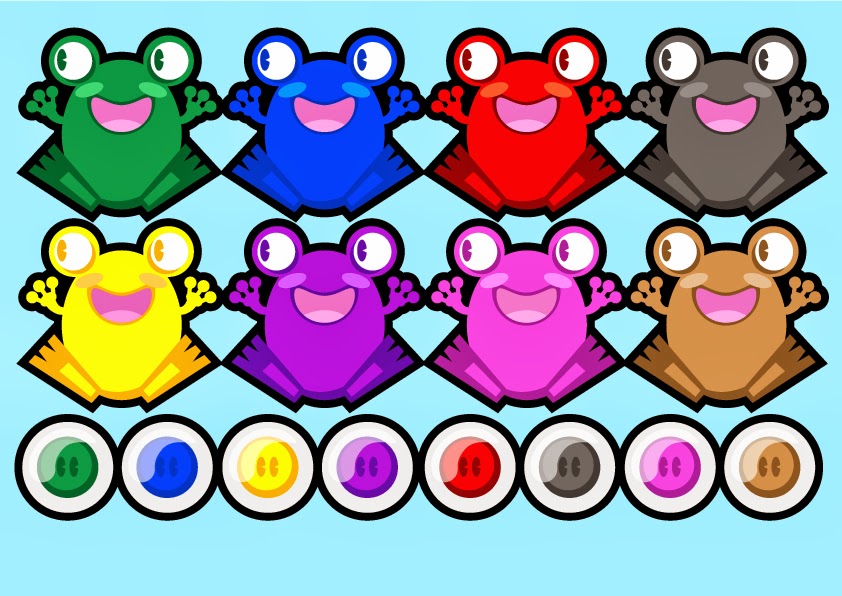 Posted by Phil Corbett at 15:05 No comments:

Mag-Nets - the game of the future 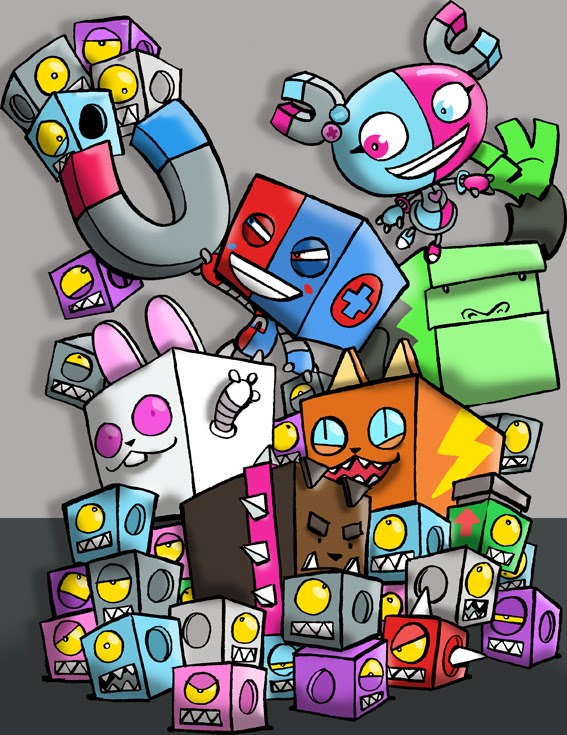 Can this really be my first post in 2014? Looks like it is.
Well, I've been enigmatically busy working on concept and character designs for an old chum from my Pure Entertainment day who has a development studio in Devon, the Atlantis of England. His company, Total Monkery is making a multiplayer game for all your favourite consoles and computers. 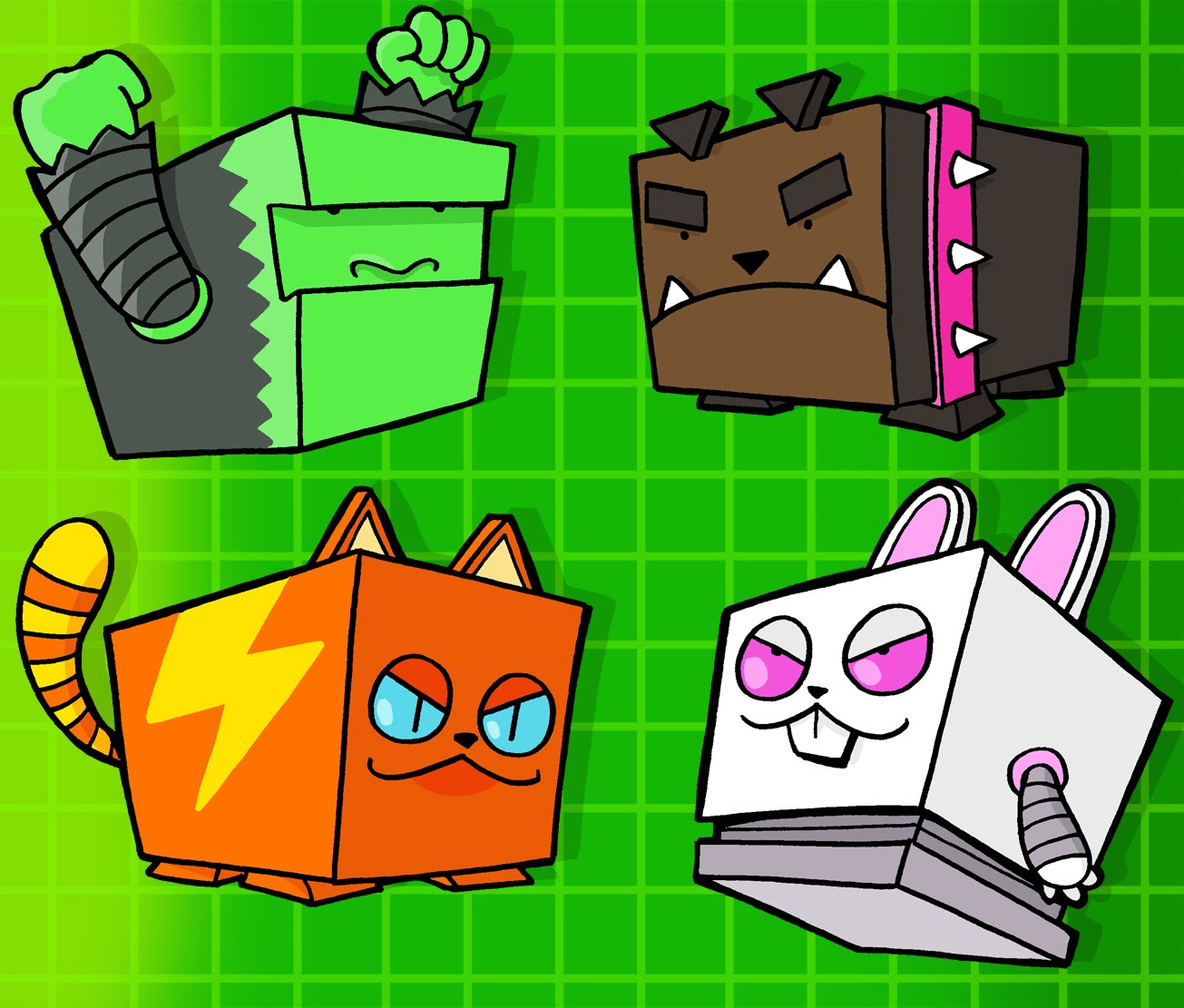 Here are some designs for a few of the fantastic characters you may encounter in the the game. I've been playing with various builds and despite my brain not comprehending the old school tester keyboard controls it's taking shape very nicely, thanks for asking.

Don't worry, it will all be totally 3D but we're going for some exciting rendering styles. If you want to follow the progress of this game, you can check out the blog on the Total Monkery site.
Posted by Phil Corbett at 12:05 No comments: